“Do Androids Dream of Electric Sheep?” by Philip K. Dick 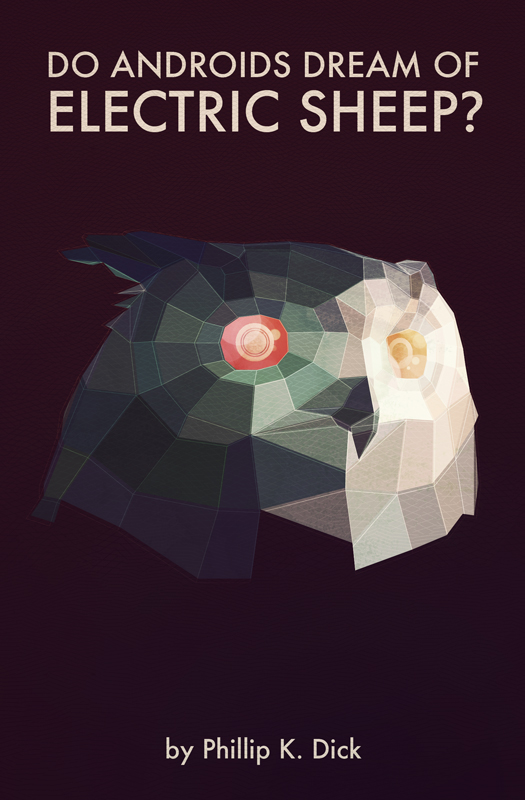 Ah, my second Philip K. Dick review. The first book was his alternative history novel “The Man in the High Castle”, which I eventually managed to plow through, but didn’t like that much. I rated it a below-average 2 out of 5. “Do Androids Dream of Electric Sheep?”, on the other hand, is, literally, a whole nother story.

Published in 1968, the book is set in a post-apocalyptic San Francisco. Earth is ruined by nuclear war, and the majority of the surviving population has emigrated to off-world colonies. Upon arrival in one of the colonies, each citizen is given an android - a robot servant identical to humans - especially tailored for their needs. The androids are not allowed to leave the colonies, and the one who elope and come to Earth are hunted down and killed. Or “retired”, which is the technical term used. Rick Deckard is a bounty hunter who make money by retiring androids, and in “Do Androids Dream of Electric Sheep?”, he is faced with the task of taking care of six highly sophisticated Nexus-6 model androids.

“Do Androids Dream of Electric Sheep?” inspired Ridley Scott’s 1982 masterpiece Blade Runner, which I rank as one of my favorite science fiction movies. And I’m not the only one who enjoy it: The big screen adaption of the novel became so successful that the title “Blade Runner” has been used for some later editions of the book.

That I’ve seen the movie several times before I read the book puts me in an awkward spot: In my head, the protagonist Deckard looks exactly like Harrison Ford. The city he lives in looks exactly like the dystopian Los Angeles depicted in Ridley Scott’s masterpiece - despite the fact that most of the book set in San Francisco. That shouldn’t really be a problem, however, since it makes creating the imaginary world in my mind delightfully easy. But it becomes an issue because I begin to compare the book to the movie when reading. There are a lot of differences between the two, and when reading, it quickly becomes obvious that the movie is only very loosely based on the book. There are quite a few elements in the book that never made it to the movie, like the focus on electric vs live animals, and the existence of Mercerism, a technology based religion. Both of these elements are driving forces in the book, but they are virtually non-existent in the movie. In fact there are only a single page of dialogue in the book that you’ll find in the movie - parts of the conversation between Deckard and Rachael during her Voigt-Kampff test.

But this review is not about the movie, it’s about the book. “Do Androids Dream of Electric Sheep?” is a good novel, one that I honestly wish I’d read before I watched the movie. It’s a lot more philosophical than the movie - or perhaps any movie that aims to be even remotely entertaining - manage to be. The potential for “boring” is huge, but Philip K. Dick and his android-infested vision of the future works quite well. If you’re looking for an action packed sci-fi experience, you should stay clear, though.

I’d like to end this review with a question that I hope someone who has read the book can answer. In the book, there’s what looks to be like a logical flaw. Since the question contains spoilers, I’ve hidden the question so that it will only become visible if you hover over it with the mouse cursor, or click on it if you’re on a touch screen device: Why doesn’t Deckard tell Bryant about the other office full of bounty hunters? It annoys me!