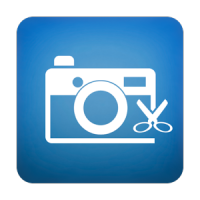 This is the first post in a short series of Android photo editing and post-processing app reviews.

After reviewing Pixlr Express - photo editing (review), I realized what I was looking for was a photo editing and post-processing app - not just a camera app. While there isn’t as many apps like that compared to camera apps, there’s still a great selection to choose from. Among the most feature rich is an app simply called Photo Editor. There should not be any doubt what this app does.

Photo Editor is the creation of a guy calling himself dev.macgyver, but before you start accusing him of taking The MacGyver’s name in vain, I can assure you that he is worthy of such an honor: Photo Editor rivals many other (free) desktop utilities when it comes to richness in features and here’s a few highlights:

If you can think of a feature, it’s probably implemented in Photo Editor. But the apps best feature? It let’s you choose exactly what to do with the original EXIF data, meaning nothing is lost when saving an edited photo. It will even let you add, remove and update the EXIF data if you want to do that. New versions of Photo Editor is being released quite often, with 3 releases in July alone. So if there’s a feature you miss, it might be implemented soon. There is of course not guarantee that the frequency will stay this high, but frequent releases is a good sign - at least in in my eyes.

What Photo Editor lacks, however, is Pixlr Express’ excellent UI - the Photo Editor UI is created by a developer, not an interaction designer. It’s not exactly intuitive, but you will get the hang of it after a while. There are some videos on YouTube that can help you get going. Also, the app doesn’t use all available screen estate, a huge chunk at the top of the screen could have been used for something else than it currently does, perhaps merged with the row of buttons below. On the bottom the of the screen, there’s also a ad banner that takes up a lot of space, but you can remove this through a small in-app purchase. But banner or not, Photo Editor doesn’t really do a great job when it comes to utilizing screen estate well, at least not on my Nexus 5.

Ignoring the UI, Photo Editor is everything you need to cover your photo editing needs. It will take some time to get used to, but when you get the hang of Photo Editor, you’ll never need another app for this kind of work ever again.

Scan the QR code with your phone to download Photo Editor directly from Google Play. 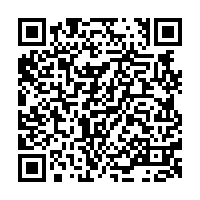 I’ve added both the original photos and the edited versions from Photo Editor.

Do you have any thoughts you want to share? A question, maybe? Or is something in this post just plainly wrong? Then please send an e-mail to vegard at vegard dot net with your input. You can also use any of the other points of contact listed on the About page.
How can I delete pictures that I don’t want that come up on my Photo Editor photo page? Help,

If this cannot be done, how do I uninstall the Photo Editor APP?
I have a problem with downloading photos from camera to smarthphone
I love dev.McGyver’s Photo Editor!! The absolutely only thing I haven’t figured out is his to resize a canvas; yes, it’s super easy to resize a picture in terms of making it snake it larger overall, but not how to change the actual canvas size, i.e., in essence adding to the canvas from, say, 125 x 145 pixels to 125 x 413 pixels (just an example).

Do you know how to do this?

Or, if not, anyone else?
A] Tap Resize
B] Then, at top left, tap the icon with a pen sticking out of it

Then Save as new file, with new name.

At top left of screen Tap the back arrow and open your new file to work on.+
←  2014 Android Camera App Review – The Verdict Podcasting  →
Caution