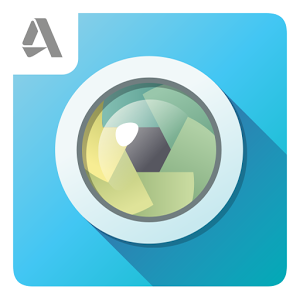 This is the fourth post in a short series of Android camera app reviews. The final verdict based on all reviews can be found here.

Pixlr Express - photo editing is, as the name might imply, mainly focusing on photo editing and post-processing. It does not come with its own camera functionality, which can be both a good and a bad thing. Good because it lets you use the camera of your choice, bad because you don’t get any real time previews and you have to install another app to take pictures- unless you are happy with the stock Android camera app, off course. Pixlr Express is a creation of Autodesk, a major American software company. That the app is created by a big developer with access to talented people becomes quickly apparent: It’s feature packed, easy to use and surprisingly fast.

The app is a joy to use, much thanks to its absolutely brilliant UI. Most other camera and photo editing apps have a lot to learn from the way Pixlr Express does thing. The interface is intuitive, fast and the app only shows you what strictly necessary at any point, meaning that you main focus is always the photo you’re editing.

On the feature side, Pixlr Express also shines brighter than most other apps. You can edit existing photos, create collages - but only with existing photos, you can use the camera to add photo to the collage. The app comes with a wide range of post-processing adjustments from red eye to change of focal point. There is also a reasonably large collection of effects, overlay, borders and stickers. You can add text using various fonts and doodle on your photos as well, if that’s what keeping your boat afloat. If you decide that drawing on your photo was a silly idea, you can use the very handy undo-feature and then use the redo-feature to confirm what a silly idea it was. If you find an effect, overlay or anything else you really like, you can mark it as a favorite to make it easily accessible. It’s also possible to stack as many adjustments, effects, overlays and so on as you like.

When saving an edited photo, you also have a nice set of options. The app supports both JPEG and PNG formats and you can configure save quality and size. Although Pixlr Express might sound like a perfect app for photo editing, it’s during saving it fails for me. When saving, it discards most EXIF data, meaning that geo-tagging, original creation time and other essential data disappears from the original photo. The original photo is also discarded, so if you want a copy of it, make sure you save it before you start to make changes. There’s also another minor caveat with the way various features are implemented. When you install the app, it comes with very few available effects, borders etc. Most of them have to be downloaded - for free - before they can be used for the first time, and this will be a problem if you don’t have an internet connection when you want to use them. A simple solution, however, can be to just download everything when you have an internet connection. On the plus side, having the option to download new assets in this way means that Autodesk can add new ones without you having to update the base app. I don’t know if they actual do add new assets, but at least they can.

As a photo editing and post-processing app, Pixlr Express works great. The the name contains the word “Express” usually hits that there is a premium pro version available with even more features for a few bucks, but that’s not the case. Still, Pixlr Express really is all that you need to cover your post-processing needs and I would have without doubt moved from my current go-to app to Pixlr Express if it wasn’t for moronic decision to strip the EXIF data when saving an edited photo. Hopefully, this is something Autodesk will fix in the future, so I’ll keep the Pixlr Express install and hope for an update. 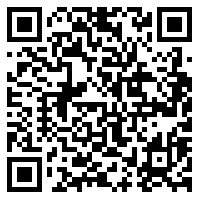 Do you have any thoughts you want to share? A question, maybe? Or is something in this post just plainly wrong? Then please send an e-mail to vegard at vegard dot net with your input. You can also use any of the other points of contact listed on the About page.
With regard to not discarding the EXIF data, which one are you using then?
I use Photo Editor for everything now.
←  PicsArt – Photo Studio 2014 Android Camera App Review – The Verdict  →
Caution