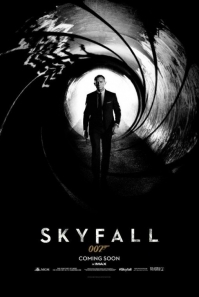 Your favourite British agent James Bond is back, celebrating his 50th year on the big screen. Sean Connery was the first 007 in the movie “Dr. No” and many actors have since tried to fill his shoes. But they have all failed; Sean Connery is the undisputed, the original, James Bond. The one who has been able to come closest to Connery is the current actor, Daniel Craig. With three movies under his belt, he’s grown into the role and whoever follows him will have a hard time living up to the standard Craig has set.

Unfortunately, it’s not much left of the good old James Bond we know from the classic, pre-Timothy Dalton movies. From the first Dalton movie, the James Bond franchise has gradually turned away from the old receipt: An antagonist with a plan so crazy you know from the start it just won’t work out - but you have to admire him for trying - and a 007 who fires loads at women far more often than he fires his Walther PPK. Modern James Bond movies, on the other hand, are more about blowing stuff up and creating even more overwhelming stunts that they did in the previous movie. While the stunts are bigger and more dangerous than ever, the antagonist are mere shadows of the ones in the classic movies: They simply aren’t ambitious enough. Whatever happened to destroying the world and creating a new civilization under the sea? These days it’s all about the money and/or getting revenge for something.

I, for one, miss the old 007. Today’s James Bond movies have turned into mediocre Hollywood action movies. Yes, Daniel Craig is the second greatest James Bond we’ve seen so far, and the bad guy in Skyfall is brilliantly portrayed by Javier Bardem - but as a James Bond movie Skyfall just doesn’t rack up compared to the classics.

Spoiler: One good thing came out of this James Bond movie, though: We’re finally rid of this bitching (literally speaking) iteration of M.