Since its founding in June 2004, Telltale Games has almost exclusively released self-published episodic graphical adventure games. Adventure games were big business in the late 1980s and early 1990s. Sierra On-Line and LucasArts where both household names back then, releasing classic titles like King’s Quest, Police Quest, The Secret Of Monkey Island, and Maniac Mansion.

But adventure games has been a niche genre since the beginning of century, when first person shooters took off. Telltale was one of the few companies that managed to do any business in the genre, but now that adventure has come to an end as well. On Friday, September 21, Telltale announced that they were letting 90% of their 250 strong staff go. A skeleton crew is being kept on the books to finish Minecraft: Story Mode for Netflix. 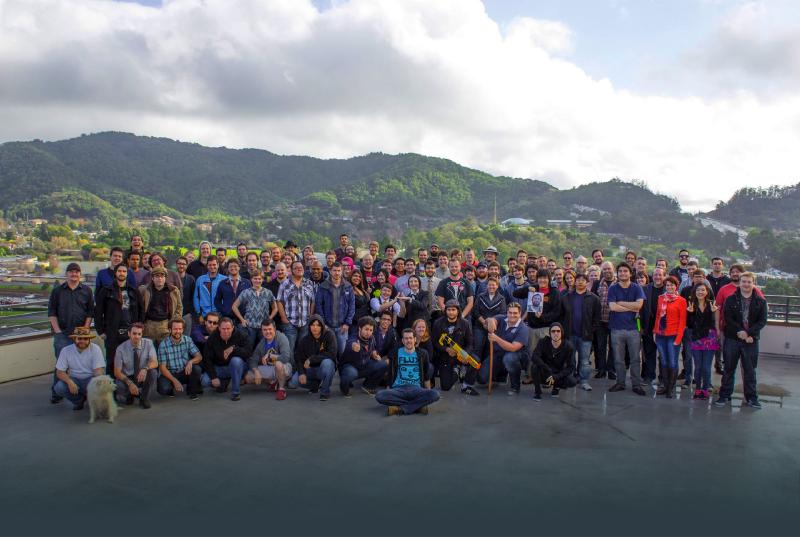 The sudden closure of Telltale created a lot of buzz on Twitter. The story first appeared in Gamasutra, but was soon picked up by numerous other outlets as well. The employees were reportedly cut loose without any severance. This might prove disastrous to some of them, who worked paycheck to paycheck. One employee apparently joined the company as recently as last Monday, and a Telltale recruiter was at a university campus as recently as last week.

As with most failed companies, everything ultimately boils down to money flow. In a tweet published on Friday afternoon, Telltale states, among other things, that

[…] We released some of our best content this year and received a tremendous amount of positive feedback, but ultimately, that did not translate to sales. […]

So how many copies of their games did Telltale sell? It’s hard to say. The only number I’ve managed to dig up comes from Steam Spy. And those numbers are uncertain, to put it mildly. It might be as high as 18 million copies. Or half that. All we know is that they didn’t sell enough.

Is The Adventure Game Genre Dead?

Having 250 people on staff means a lot of money is going out. One of the ways Telltale tried to make sure enough money was also coming in, was by creating games based on popular licensed properties.

The Walking Dead was without doubt the company’s most popular series, selling somewhere between 3 and 7 million copies according to the Steam Spy numbers. Other popular properties licensed by Telltale included Guardians of the Galaxy, Lord of the Rings, Minecraft, Batman, and Jurassic Park.

But these license deals cost Telltale a lot of money, and it seems it was a gamble that just didn’t pay off. If a company like Telltale Games doesn’t manage to sell enough copies of their very high quality games to stay afloat, does this mean the adventure game genre is dead?

The genre is perhaps not dead, but at least it’s living on life support. Some of the old classics have been released in remastered editions, and the rise of crowdfunding gave adventure games somewhat of a comeback. But the success stories, particularly those involving new games, are few and far between.

So what happens to Telltales’ games now? Well, they are all still available for purchase. The Walking Dead: The Final Season Episode 2 might or might not be released on Tuesday, September 25. The entire TWD team was let go, though, so the Final Season will end with season 2. If it’s released. Telltale was working on The Wolf Among Us Season 2, and a Stranger Things game when the company fell apart. Those two games are undoubtedly cancelled now.

This means that a lot of half-finished assets, documents and the like are perhaps gone and lost forever. Jason Scott, who works for the Internet Archive, has expressed interest in getting his hands on anything people might be able to get out of the Telltale Games offices. For historical preservation, it’s a great initiative. But I’m not sure how successful he will be, and I very much doubt that it’ll be legal. I wish him the best of luck, though.

If you want to stay up-to-date on the Telltale Games drama, I suggest you follow the #Telltale, #TelltaleGames, and #TelltaleJobs hashtags on Twitter.