I'm getting myself into a time problem, and I'm not sure how to solve it.

So, yeah, as you know I’ve got a wife. And we have kids. I’ve also got a job. I need to sleep. And I’ve got hobbies: Running, gaming, writing posts for this site, and reading books.

I’m terrible at multitasking, but I’ve managed to combine some of these hobbies to a certain degree. I placed an old television set in front of the treadmill, and hooked it up with a Chromecast dongle. So now I cover some of my gaming needs by watching other people play games on YouTube or Twitch while I’m running.

I’ve also tried to combine gaming and writing by putting together quite a lot of computer game reviews over the years. This isn’t ideal, though, because the reviews often feels a bit forced, probably because I played the game just to write a review. What’s the fun in that? Playing the game should lead to writing the review, not the other way around.

The third multitasking-esque thing I do is reading books while I’m commuting. This actually works out very well. I’ve had the A Book A Month project going for about three years now, and it’s been a raging success. I don’t think I’ve ever read as many books as I do these days.

So, How About A New Hobby!?

All in all, I’m running a pretty tight ship. Right now, I’m at a sweet spot when it comes to balancing work, family, and myself. But I’m thinking about throwing the proverbial spanner into the works: Game development!

This is not the first time I’ve considered dabbling in game development. 6 years ago, I bought a game programming book, an adventure that didn’t result in more than a single, sad proof of concept; Space Chase. I was a bit ambitious back then, perhaps, thinking I could code everything, including the engine, from the ground up. Oh, the naivety of the young!

Now I’ve discovered GoDot, and open-source, royalty free, cross-platform game engine. It can do all the heavy lifting behind the scenes for me. It also uses design principles that are similar to object oriented programming, and a scripting language that isn’t full unfamiliar paradigms. It’s dynamically typed, though, which is a pain in the ass when you’re used to the rigidness of statically typed languages.

But GoDot doesn’t solve the issue of lack of time. Making an enjoyable, high quality game takes a lot of time and effort. I’ve got to re-prioritize. 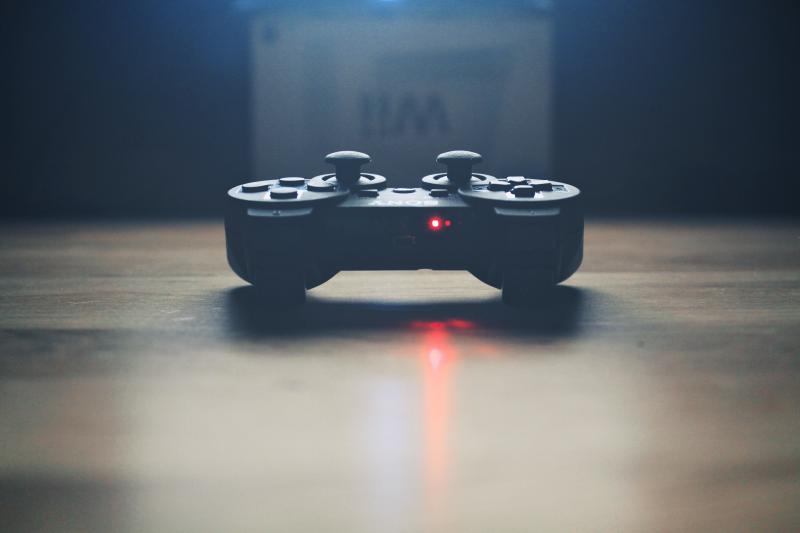 One option would of course be to grow up, and ditch gaming as a hobby. I know the vast majority of my old friends have. But even now, at 40, gaming is pretty dear to me. 3 hours worth of dear in the past 2 weeks according to Steam. Not much, but that’ll change come December 6.

Also, quitting gaming because I want to make one makes very little sense.

So what about throwing in the exercise towel? That’ll probably be a very bad idea in the long term. I’ve hit the magic 40, which means I’m slowly beginning to inflate like a balloon. I’d really like to see my kids grow up, and doctors tend to recommend staying reasonably fit to be able to do just that. Just don’t fall off the treadmill. Maybe I could sleep less, then? Sleeping does take a lot of time. Cutting back on sleep would only be a short-term solution. Getting enough sleep is a vital part of staying healthy, so sleep is not something I’ll sacrifice.

Another option would of course be to grow up, and ditch writing as a hobby. No one at my age keeps a personal blog. Seriously. No one! So why do I stubbornly insist on keeping this site alive? First of all, it has turned out that, at least for me, writing down life events is a great way to process them. Also, I’ve got a wee exhibitionist in me, and by posting everything in public I keep that dark part of me satisfied. On that note, though, there hasn’t been much spilling of emotional beans on this site for the last 10-ish years. It has turned into reviews, how to-articles, and the occasional rambling.

Also, writing is a creative effort, which I consider an important skill in daily life. Creativity keeps the old nugget alive and kicking, and it makes it easier to adapt when necessary.

Writing is also one of the main reasons I’m reading books. Books are great fuel for writing, and - once again - creativity in general. Since I’m reading a lot of science fiction novels, and they practically overflow with great ideas I can use in that game I’m supposed to be making.

In A Rich Man’s World

Since I’m unwilling to drop any of my current hobbies, or compromise on health, the only real solution to this particular predicament is, of course, to quite my job!

That will, unfortunately, make us somewhat economically challenged. But there is a very easy (legal) solution to that as well. The lottery! The current Eurojackpot first tier prize is currently a sweet €90,000,0001 (roughly $102,000,000). I’ve got a really good feeling about Friday’s draw. With that much money in the bank, I could free up the 10 hours I spend every weekday going to work, which will make any time related conundrum a thing of the past.

I’ve heard that having that much money is the perfect recipe for a whole range of different problems, though. But I’m willing to take my chances.